The search engine service Google went on the market relatively late. At that time, other search engine providers such as Yahoo, Lycos and AltaVista had already divided the web search business between them.

1990:The world’s first search engine was developed at McGill University in Montreal in 1990. This was, so to speak, the birth of “Archie”, the first global search engine.Archie’s job was to focus on crawling files and folders in FTP directories.

The files were properly collected, then sorted and made available to users. From 1992, Archie was one of the most widely used Internet services in the world.Unfortunately, however, no texts could be searched, only files, directories or and folders.

This is also the reason why FTP search engines no longer play a role for the user of the Internet today and are mainly used only at universities.

1994:The founders of Yahoo David Filo and Jerry Yang studied electrical engineering at Stanford University and had access to the Internet.

These two students are the first to accidentally develop a link directory collection to get sports news faster. The reason for this was to use this technology to get information faster and to gain an advantage over the others.

Which may have benefited from this concept. So that one could find the links of the web addresses better, more orderly and more structured you developed them according to categories and subcategories which was refined in the following years. A primitive and simple solution that was used by millions of users worldwide overnight.

The birth of the Yahoo search engine!In order to cope with the huge demand that arose suddenly, the two student founders of Yahoo Capital, which you provided in Sillicon Valley on Sand Hill Road fromventure capitalist Michael Moritz, provided $ 2 million.

Mid and late 90sDue to the success of Yahoo’s advertising revenue, interest in search engines, which changed due to competitive pressure, increased, and the largest search engine providers at the time were Yahoo and Excite for the dominance of the search engine.

Google search engine was developed in the late 90s by Larry Page and Sergey Brin, which caused a lot of costs for servers and rental costs due to the high search query.

John Doerr the venture capitalist of Google who worried after a while because up to a certain timeBill Gross, who was involved in several projects and ideas, had the brilliant idea of linking search terms to a search result and advertising and explained that it was just like the yellow pages.His website was called Overture.

After several meetings with Bill Gross the developer of the Overture website with Larry Page and Sergey Brin who became aware of his website Overture.Both parties separated without meeting, but the Google founders developed Google Adwords after these meetings.

You were then charged by Bill Gross and eventually found an agreement whereby the lawsuit was withdrawn.

In the following years, Google developed with its countless diverse offers such as Google Images, Google Maps, Google Calendar, Gmail, Google Translator, Android, Smartphone and Youtube. Not only to one of the largest search engines, but also to an edge in Internet online marketing with the largest share of Internet sales.

Competition on the Internet!This danger is also seen by several other Internet companies that have a great interest in expanding their range of services due to their own competition.

However, some services are provided by other large internet companies such as Facebook, Yahoo, MSN and many small IT companies. The merger of the email and search engine providers Yahoo and MSN in 2012 clearly showed that Google is almost invincible and that the fear of overwhelming Google is not unfounded.Facebook vs Google!

The only one that Google could stand up to is the social platform Facebook, which could represent Google in online marketing with the right online marketing application and advertising-friendly measures.

The reason for this thesis is simply that Facebook has better quality user information, but has problems with the search.In our view, the Facebook search is not yet clear and difficult to understand. 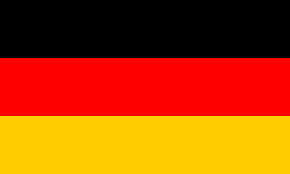 SEO MEASURES IN THE HEALTH CRISIS

Due to liquidity shortages that can arise from the health crisis. Due to the C-Virus,we as service providers are unfortunately forced to only carry out advisory activities or services after consultation and on the condition of advance payments. We ask for your understanding! If you are interested, please feel free to contact us at this email address: “info@seo-online-marketing.org”.Telephone contact:+49 178 2103 976